One of the ten Australians invited to Queen’s Elizabeth II’s funeral has admitted she thought the invite was a “scam” at first.
Queensland hero Saba Abraham received the exclusive invite after being named “Local Hero 2022”.
She runs a not-for-profit restaurant in Brisbane, which provides work and support for refugee women.
Speaking to Today from London, Abraham said “she couldn’t believe” the call at first.
“When I received the call first time it was, I thought it was a scam,” she said on the eve of the history-making event. 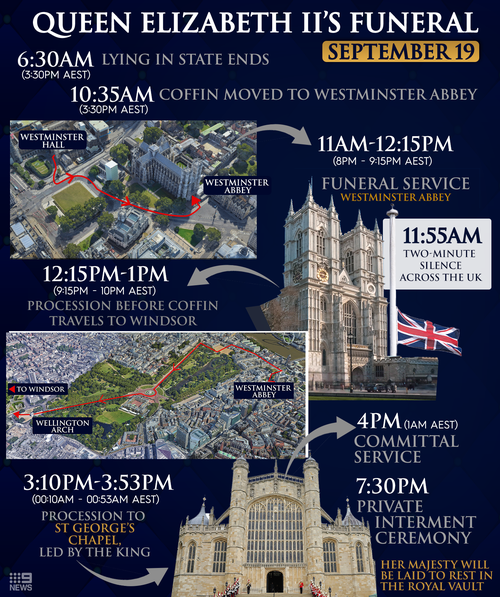 “Then when I pick up the third one, I’ve been told that I have been nominated to attend Her Majesty’s funeral by the Prime Minister.
“Well, I have to ask a second time, ‘not sure that’s right.’
“It was a surprise for me.”
Paying tribute to the “compassionate” monarch, Abraham said she’s grateful to have been invited.
“As a great leader should, she showed compassion to her people – including the Australian people.
“(There’s) just a mix of emotions that she’s passed away.
“We are celebrating a woman of 70 years in leadership, balancing a monarchy, democratic system shows how great she was.”
Queen Elizabeth II died aged 96, peacefully at her Balmoral home on September 8.
The late monarch’s funeral is slated to begin around Monday at 11am (8pm AEST).
The event is set to become one of the biggest security operations the world has ever seen.
More than 10,000 uniformed police officers will be involved in the operation.

Buyer’s Agent: Krishan is on your side

Team VoiceAajkal - October 6, 2022 0
The State Emergency Service has issued 50 flood warnings across New South Wales as heavy downpours drench the state. So far none have been emergency...